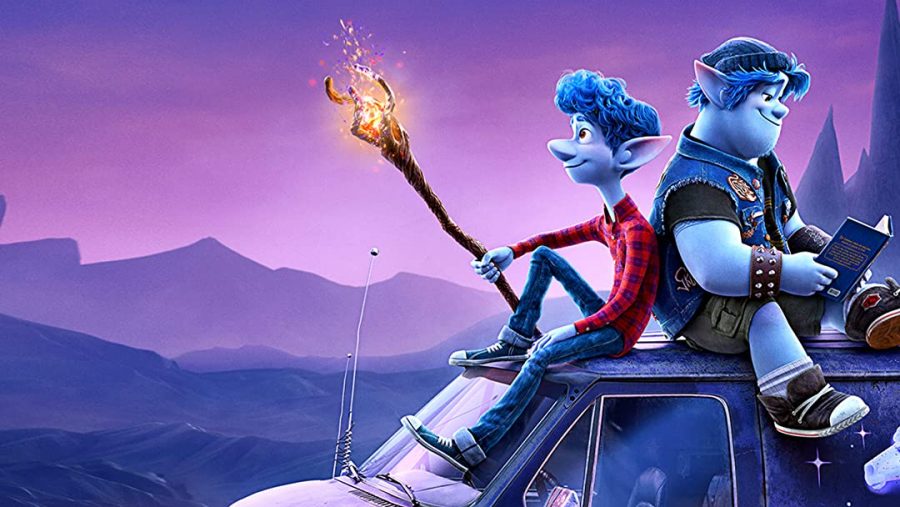 If you are one of the individuals to have not seen Disney’s new movie, Onward, you are missing out on something huge. I will be honest with you before we dive in. I am a little hard to trust on giving the quality of a film because I am easily entertained and typically love every movie I watch. However, this is one you should trust me on, especially if you have siblings. I was surprised to find that the ending left me close to tears and I was absolutely shocked by the power of the film.

Onward released on March 6th of this year. The world of the film is populated with many different types of mythological creatures that are all unique. Long ago, their world was filled with the wonders of magic and adventure, wizards and spells. But because of modern day solutions like the light bulb and washing machine to name a few, the magic of the past has been long forgotten by the people.

The movie focuses on a family of elves called the Lightfoots. The two heroes of the story are brothers Ian, played by Tom Holland and Barley Lightfoot, played by Chris Pratt. I will note that these actors did a phenomenal job in portraying a brotherly relationship and really worked well together, which made the film that much better. They live with their mother, Laurel Lightfoot, played by Julia Louis-Dreyfus. She became a single parent after her husband, Wilden Lightfoot, passed away before the birth of Ian, her youngest son.

Diving into the two main characters themselves, the two brothers are very different from each other. Barley is the oldest, and therefore has those natural older sibling tendencies like overprotectiveness and slight dominance. He is also on the more humorous side because regardless of his age, he has an obsession with adventure and magic because of an old game he is fascinated with. Ian on the other hand is almost the exact opposite of his brother. He is significantly more reserved, which causes him to struggle with making friends at school, he isn’t into the same fantasy as his brother, and he sees the world in a more practical fashion.

I would say that the plot of the film was very exciting, and I will only give an overview so as to not spoil the movie for those of you who haven’t yet had the pleasure. The movie begins on Ian’s 16th birthday and gives a bit of insight on the relationship between each family member. Ian begins the day with confidence to create a bolder image for himself by forming a list of things he would like to accomplish that day. After dealing with things such as lack of confidence and embarrassment from his older brother, Ian ends his day with a list of unchecked things. However, his mother saves the day by bringing him a gift from their father, in which he wanted both of his sons to have once they reached the age of 16. Once unwrapping it, Ian isn’t extremely thrilled to find an ancient staff in his hands. Barley however knows instantly what it is: a wizard’s staff. Again, due to the game he plays, he heavily still believes in the old world of magic. Another thing the two found in the gift was an old piece of paper with a spell on it. The spell would allow the boys to bring back any person they would like for an entire day. Naturally, the boys first think of their father, and agree to embark on a quest to bring him back for 24 hours. Ian jumps right on the issue by creating another list of things he would like to do with his father. The quest they face is long- filled with countless amounts of adventure, maps, magic, danger, fun characters, plot twists, and more.

The message of the film is a powerful one that reflects the impact of a brotherly bond. During their journey the boys clash and argue like any brothers would, but they also learn about the importance of their relationship as they grow closer together on the journey their father sent them on. Despite the good times and the bad times of Ian and Barley’s relationship, they learn about the things that are important in life and to cherish what they have instead of what they lost, which causes their bond to strengthen and allows for the growth of their personal character (so in other words, it’s a typical Disney movie if you are into that sort of thing).

In all, I really enjoyed this movie. I got to see it for the first time after going on a little date with my younger brother, Jack. It was honestly the perfect movie to see together. So I recommend, if you need some bonding time with your siblings, watch Onward with them. Even if “little kid movies” aren’t your thing, I know that most of you will appreciate the heartwarming message this movie portrayed.