An Open Letter of Comfort For All Ridge Students 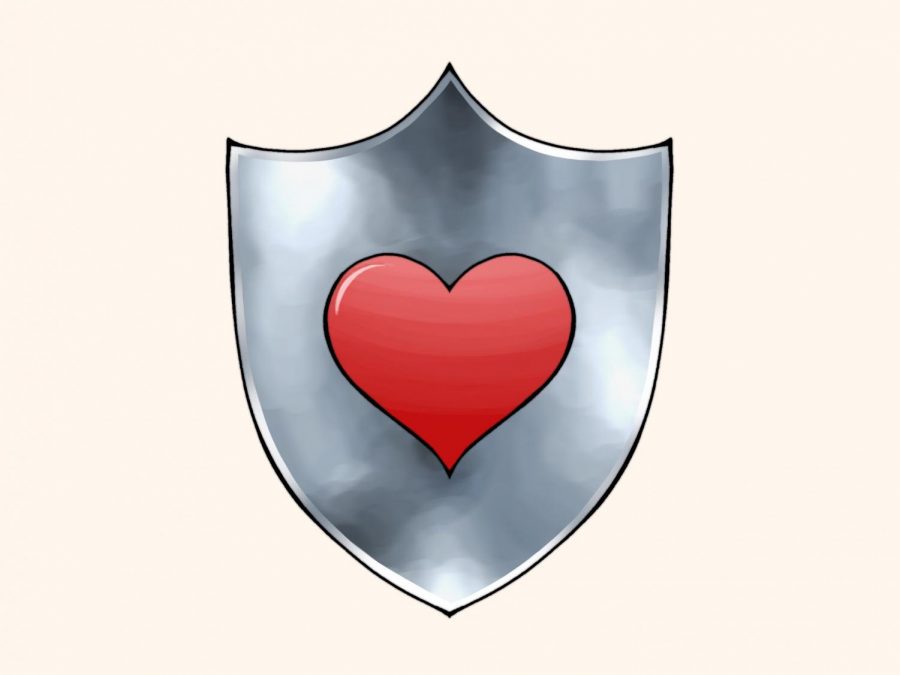 To all Mountain Ridge Students,

We must retain our courage and strength during these months with which we maintain uncertainty regarding the future of the school year and our lives in general; accomplishing such an act is by no means simple nor is it easy, though in doing so we will most definitely reap what we sow.

Our teenage years are, by themselves, some of the most confusing and challenging times which we are forced to endure throughout our lives. Yet, with adversity comes growth, and with our growth we invite prosperity and security into our lives as young adults in a beautifully vast, dangerous world.

As an often misunderstood, innately struggling group, we already suffer through a myriad of roadblocks on our journey to become the wondrous architects, artists and accomplished minds of the future. Be it the strenuous bouts of depression faced by many, or the irritations that come with school, the stresses of life and the preparation required to break free from the binds of childhood, there is no small list of harmful factors which play into the teenage, or, perhaps at times, human struggle.

What we retain, is the common knowledge that teenage suicides are increasing at a more-than-alarming rate all across the country. The flourishing, flowering lives of the Nation’s young men, women and everything in between are being cut short due to the gross negligence of society paired alongside the listed struggles, which are only propelled by the current state of affairs.

It is not, and never has it been, nor will it ever be, an issue with a simple solution, if indeed there even is a fault-proof solution considering how the world turns. The spread of COVID-19, nation-wide lock-downs and the transition to online schooling have made the situation worse, though these occurrences have also brought the issue to the forefront. Yet, even with most teenage struggles being handled with better care, the complexity of the situation, as described, has not diminished.

It is likely, then, that the situation will not dissipate, and indeed it must be endured and truly suffered through and through in order to be escaped.

Admittedly, this is something that’s hard to accept, though in doing so, one might better their chances to survive both mentally and physically.

For some, it is said courage and strength which will push them through, for others it is faith, for many it is both. It’s healthy to consider what works best for the individual; there’s no wrong option for keeping yourself happy and alive as long as it doesn’t prevent another from doing so.

We ought to remember to pursue our passions to the best of our ability, and take days to ourselves to sort out whatever conflicts and emotions we may be facing. It’s time consuming and sometimes feels pointless to do so when one is being hurt by the roadblocks they face, yet it’s truly worth it as it preserves oneself.

Realistically, the school work may feel meaningless and burdensome, and oftentimes it is. The low-paying, unfulfilling jobs many of us slave away at are just that, low-paying and unfulfilling. In an effort to refrain from denial, preparing for both college, our careers and the rest of our lives is always a stressful process that eats at who we are.

These may be overcome, though, and in fact they are just as likely to be overcome now as they were before the mounting world-wide struggles, some new and some old, came directly into effect as of late.

The struggle faced by our parents and their parents before them in this part of life is comparable to an ancient warrior committing him or herself to the herculean task of slaying a mighty beast; sometimes it’s for glory and success, and truthfully, other times it’s just for survival.

Perhaps we may perceive the beast we are to slay in our age as much stronger, larger and frankly quite ruder than the ones which wreaked havoc on the hearts and minds of many before. Nonetheless, it will be conquered. A herculean task it is indeed, but still doable.

We will likely be failed by the systems at work around us, as they have failed us before, and at times failed our parents generation and the generation before them. Though, we will become strong, callused individuals as we break through these painful restraints. These challenges will hurt some of us the most, yet they will also make us the strongest. Then, as per usual, we will leave scarred yet mentally and emotionally prepared for the struggles of the future, as they’ll most likely not be able to even compete with what we face today.

As I write now, I’ve considered the things I’ve struggled with throughout my high school career and teenage years. Many terrible things have happened; after everything I’ve only become stronger and more prepared, much like those around me who have been by my side throughout all of it. Even still, with as callused as I am, these are the hardest times I’ve had to face so far. It’s certainly rough, certainly annoying, and mostly certainly painful, yet I’m pushing myself as much as I can in an effort to overcome this great beast with which we are all engaged in combat.

That’s just my perspective, but it falls in line with the perspective of others. Everyone has a unique struggle, but it’s indeed a struggle that we all share. It is in that sense that we are a collective, as it was never the struggle of you or me, but the struggle faced by us all.

Perhaps what has been written, while truly intended to comfort through realism, is also meant to purvey a semblance of understanding. Everyone is in pain, especially those at our level, in one way or another. We will push through this pain, as we have done before, expecting things of ourselves and ourselves alone in these most definitely trying times. Indeed, we must keep on pushing ourselves at all costs.

To come out of this all at the very top of the mountain is definitely a feat, and even then we will be met with another mountain to climb, yet we will have done just that, come out on top at the end. To prove that we can do it, all the while being proud of ourselves and our amazing accomplishment is one of the things that matters most.

Stay safe all of you; hold on tight and such.