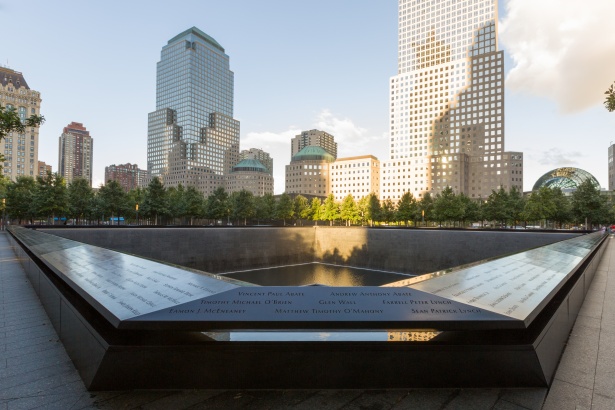 Every person in the U.S knows the day. The day when the world changed. September 11, 2001 will forever be a day that no one will forget. To this day, modern problems can be traced all the way back to this day. From the wars of the middle east, to major changes in homeland security. The number one question that kids today are asking is “What was it like? How did everyone react?” Personal experience is the greatest story teller when it comes to major historical events. The stories give details about an event from top to bottom and most importantly, a view back in time.

On September 11, 2001. Al Qaeda terrorists hijacked 4 commercial airplanes in the United States. Two planes headed for New York, and two more headed for Washington D.C. At 8:46 AM, the North Tower of the World Trade Center in New York City was struck by one of the hijacked planes. At first, Americans viewed this as a deadly accident, however at 9:03 AM a second plane hit the southern tower. At this point, the country realized that this was an attack. Firefighters, police, EMT, and other first responders arrived at the scene and began to help civilians get out of the two towers.

In Washington D.C, a hijacked plane slams into the Pentagon at around 8:50 AM. The last plane, flight 93, crashed in a field of Stonycreek Township. It was believed that the target for flight 93 was the capitol (Washington D.C). In the end, 2,996 American lives were lost.

A Country Reacts
The day after 9/11, the world was in shock. People were mourning the loss of the 2,996 Americans who had died during the attack. The United States, and the rest of the world went into high alert to prepare for the worst. The country declared a state of emergency and the president of the United States, George Bush addressed the nation on the attack,

“America, our friends and allies join with those who want peace and security in the world we stand together to win the war against terrorism,” he said.

How MRHS Reacted
Many teachers and students were on their typical morning ride to school. Math Teacher, Mr. Andrew Lang was driving to Ridge, listening to a news report about a plane that had crashed into the World Trade Center. At first, he thought it was an accident, like pilot error. However, as soon as the second plane hit the south tower, he immediately realized that the country was under attack.

“I was so shocked. I had trouble translating rational thoughts. Thank God I made it to work that day.” Lang said.

Many students, teachers, and faculty alike all shared the same experience. Many experienced shock, anger, sadness, and confusion.

As of today, students still have an opinion on the attack.

“A lot of lives were lost that day. We cannot forget them.” said Caleb Miller, Junior.

“After the attacks, homeland security has changed forever. I wonder what it was like before.” said Nicholas Bleasdale, Junior.
A Day We Will Never Forget
9/11 will forever be a day America will never forget. It is important to remember not only this day, but the lives that were lost. In the future, we can only hope that we never have to live through a day like this again. Everyone who lived through this day will forever remember what it was like. We must be sure we never forget the ones who didn’t.