The Epidemic of Abortion Bans & Decrease in Womens’ Rights 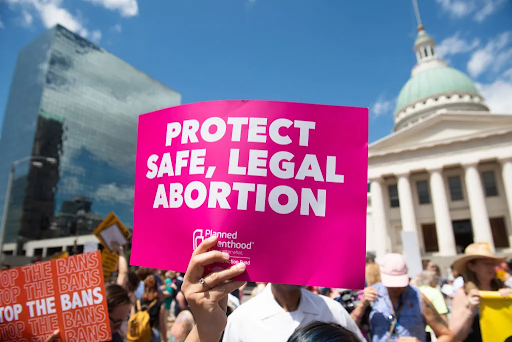 These bills that ban ectopic pregnancies make it abundantly clear that it was never about saving lives, it was about controlling women. Ectopic pregnancies are where the fetus grows outside of the main uterus cavity, something that is fatal for the fetus and often fatal for the mother, too. To force women to carry a fetus (one that won’t survive anyway, mind you) that threatens her life is sickening, really, and I am disgusted at this horrific display of inhumanity. It is no longer about religion–which was never supposed to influence the government in the first place–it is about making sure women know their place in our patriarchal society. It is about restricting women’s choices and controlling our bodies.

We are not a mere vessel for another life–we already have our own. It is an incredibly unfair and privileged power grab that objectifies women and takes away our autonomy. However, what these lawmakers don’t understand is that women will always have autonomy, but the lack of safe abortions will increase the amount of women who die trying to retain it.

What has society come to? How is it that we have regressed to the 1800s when women were silenced?

This problem affects every woman, but more so less affluent women. The wealthy have always found a way to get an abortion if they so desired–it’s no secret that barriers fall easier when money is involved. However, though lower-income women might still be able to get abortions, they will be extremely unsafe and might even pose as much threat to her life as an ectopic pregnancy.

Banning abortions doesn’t stop abortions from happening; it just kills more women. According to the World Health Organization, every year, 4.7-13.2% of maternal deaths are a result of unsafe abortions–a statistic that rises in more developing countries where 220 women die in every 100,000 abortion procedures. These hazardous processes pose serious physical health risks for women, as well, including: incomplete abortions, hemorrhage, infection, uterine perforation (occurs when the uterus is pierced with a sharp object), as well as damage to the genital area and internal organs as a repercussion of pushing dangerous objects into the vagina.

Incorporating exclusion clauses, such as ‘unless a result from rape or incest,’ are not the comfort pillows politicians believe them to be, either. By setting these clarifications, the government is more or less telling women, as well as society, that it takes a woman to be sexually assaulted–for her body and autonomy to be violated–for her to earn the choice of what to do with her own body.

In 1970, Texas passed a law that illegaized abortions, except in the case where a woman’s life was at risk. This prompted the Supreme Court case dubbed, Roe v. Wade. A woman should not be given the right to her body only when death is at her door. The plaintiff (who went by the pseudonym Jane Roe) objected to the law because it compromised her right of privacy, which is protected by the First, Fourth, Fifth, Ninth, and Fourteenth Amendments. She argued that the bill was unconstitutional, and by the end of it, won her case with a majority vote of 7-2. The Supreme Court ordered that the only people who can decide what a woman does with her unborn fetus are the pregnant woman and her doctor.

Banning abortions was already deemed unconstitutional over 50 years ago, so why have we undergone a period of regression in terms of women’s rights? Why are (mostly male) politicians picking and choosing which rights to give women and which to take away all over again?

Texas is easily the most difficult state to live in for women desiring or requiring an abortion, especially since it’s trying to ban abortions at the 6-week mark. Additionally, if a woman seeks an abortion for a fetus as the result of rape, the rapist will be able to sue the performer of the abortion. However, it doesn’t stop at Texas; more states are following in the conservative state’s footsteps, including Idaho, Missouri, Florida, Indiana, Kentucky, Oklahoma, South Dakota, West Virginia, Wyoming, and now Arizona.

On March 30, 2022, Doug Ducey, the Republican governor of Arizona, signed a bill that legalized the banning of abortions after a 15-week pregnancy period without grace for rape or incest. It takes three to four weeks between a woman’s first and last period for her to determine whether or not she is pregnant, already accounting for a third of the time period “allowed” by the law.

Gradually, more and more states have been entertaining abortion restrictions in one way or another. With just a mere 4 months into the year, over 1,989 total arrangements concerning sexual and reproductive health rights have been introduced across 46 states. Almost the entire nation decided to tackle the previous non-issue of abortion bans, yet we’re the ‘Land of the Free’?

Abortion bans violate a woman’s right to choose, and we as Americans–we, the people of the land of the free–cannot forget.