Why Can’t Girls Have Nice Things? : The Trend of Hostility Towards Girl’s Interests 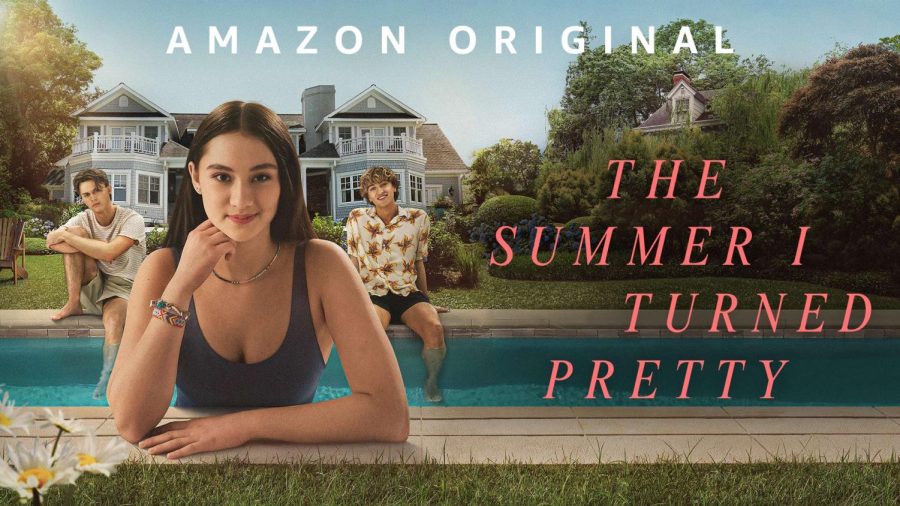 “The Summer I Turned Pretty” is a trilogy written by Jenny Han, about a group of family friends navigating themselves whilst a change looms overhead.

It was turned into a show for Amazon Prime which was released this past summer. I sat down to watch it and honestly liked it. I somewhat knew what I was in for as Netflix adapted Jenny Han’s novel “To All the Boys I’ve Loved Before” a few years prior. All I wanted was a fun, summer rom-com show.

It was a fun watch, and even though some of the characters’ choices gave me second hand embarrassment, I was able to finish the series in a couple of days. My friends also finished it in the same timeframe, which was nice, so I could discuss the plot and characters with them.

It was when I was talking to one of my friends about it that I realized what was happening. She was bashing the show, to an extent I wouldn’t have, and then told me she had not even watched it. She had only seen stuff circulating online and drawn her conclusions from there.

Whilst I don’t think TSITP is a flawless show, I don’t think that it should be disparaged either. It was a competent teen summer romance show, that I didn’t quit within five minutes due to awful acting, a shaky premise, or a script that sounds like a fifty year old’s rendition of slang.

It is odd how something that girls like can be treated with such aversion right off the bat, without giving the media any time to prove itself.

This isn’t confined to movies or shows either.

One Direction rose quickly to fame, before they were even technically a group. Their first single charted at number one on the UK charts right after its release, due to the popularity the group had amassed before even technically coming together. The show where each member was featured, X Factor, created fans from their auditions.

Many people will bring up that fangirls can have a negative impact and reflection of the fans as a whole. Some even go to wild extents. A 1D fan hacked into the Auckland Airport security cameras simply to watch the boys sit and wait for their plane.

Fangirls can do crazy things for what they love.

But don’t fans of anything do this?

Fights often break out at a football game when rival fans face off. Objects can be thrown and the amount of alcohol consumed at a football game is often unchecked. When trying to combat this, it is often a band-aid fix, pushing fights out of stadiums and onto the parking lot.

There is a significantly more negative connotation with fans of a boy band rather than fans of a football team.

In fact, just hearing the phrase boy band creates the idea in your head of an overrated, under talented group of guys with hoards of girls screaming at their mere mention.

But weren’t the Beatles; one of the most famous and beloved bands, with 25 Grammys to their name, and holding the spot of best-selling artist with 257 million verified sales; a boy band?

Critics were not a fan of the Beatles when their work first came out, insisting that it was cheap and shallow.

On February 29th, 1964, a writer for Science Newspaper wrote:  “The Beatles follow a line of glamorous figures who aroused passionate cries and deep swoons. Most prominent in the 1940s was Frank Sinatra and in the 1950s Elvis Presley. Their glory passed when they got too old to be teenagers’ idols or when teenagers got too old to need them.”

The Beatles first album came out only a year prior to this review. The band was hardly given a chance by critics, who often harped on the audience to demean the band’s integrity.

Would I say that the NFL team the New York Giants can’t play just because their fans have an arrest rate of 22.5–one of the largest average numbers of arrests?

Why would I equate talent of a media with fans of the media themselves?

The Beatles are wonderful musicians, as they helped usher in counter-culture and made a lasting impact on history and music. They have stood the test of time and continue to resonate with each generation, even those who did not live through their fame. The Beatles are generally regarded as important historical figures, and one of the best music groups ever, due to the social change at the time and the songs were good. Just sincerely good.

The sad fact is that something is often considered bad and overhyped until the audience is mostly male, or it begins to make a considerable amount of money.

Marvel used to be something that was looked down upon. A stereotypical nerd would read comic books, like DC or Marvel. It was an unspoken rule that comics were geeky and weird, a deterrent for many people.

Of course, then it became a smash hit movie franchise, amassing 30 movies and 6 shows. Now it is so mainstream that it is almost in poor taste to not have seen one of the 30 movies.

When something becomes exceedingly popular, it can easily flip the public’s perception.

Bill & Ted’s Excellent Adventure features the actor of Bill, Alex Winters, wearing a crop top. This was associated with himbos, an empty-minded but attractive man (thought of as the male version of a bimbo), and jocks, as they were the creators of the crop top. Football jerseys would be torn during practice, often near the torso which caused players to cut off the jersey above their torso before it was ripped.

However, this view started to change once Prince, an icon known for being theatrical when performing and androgynous, wore a crop top in 1986. He wore a tight black crop top, instead of the loose fitting athletic crop top.

Many straight men saw this as a hit to masculinity, and shied away from the crop top.

Many queer men proudly wore the crop top as they were not held back by the thought that masculinity is defined by clothing.

When seen in a less strictly masculine sense, crop tops were shunned by many men, and begun to show up as women’s attire.

The double standard holds up. As soon as once viewed manly is seen as more feminine or used in a way that is not strictly masculine, it is avoided. Yet, when something feminine or adored by majority girls is viewed by a male audience and agreed to be right, it is all a-ok.

This hypocrisy shows up often, and has real effects on the next generation.

Many girls growing up on the internet see how easily disliked media can be, and will often jump on the bandwagon to hate on this thing. Most of the time, the hostility will be towards something that is oriented to girls and liked by a majority of other girls. This creates animosity between girls, those who like something that is often disliked and those who dislike it.

The repercussions of this can already be seen in the creation of pick-me girls, who verbally disparage other girls to be seen as ‘better’.

We don’t see pick-me boys in the sense of picking apart and hating on other boy’s interests for the approval of girls. This weird double standard causes girls to internalize this hatred towards interests generally enjoyed by girls. It can be as simple as hating the color pink, and can build into a sense of self-importance over others simply for the fact of different interests.

It would be nice to skip the stage of hating on something before even taking one look at it, without outside interest. As well, this dividing mentality takes away from important relationships and bonds that form between girls.

When given time and space to settle, media that is predominantly loved by girls is held in high regard.