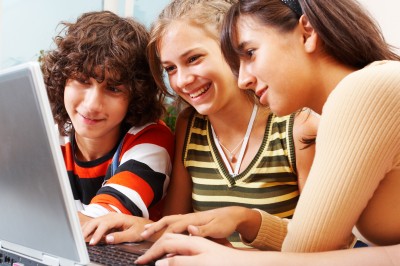 “I need four strong boys to help me move these projects down to the library.”

Why is it that everytime some form of menial labor is needed in the classroom, teachers immediately turn to boys? We promise, if we can make a double helix made of small plastic balls and wire, we can carry it 100 yards to the next building. But the ability to do the task is not the issue. The problem occurs when young students are constantly made to think that ability stems from sex.

‘Girls are emotional and boys are strong.’ That’s just the way it’s been. That’s not the way it should be. We too often laugh off the sexist comments made by teachers, both towards men and women. According to Rachael Pells, Education Correspondent of the Independent, 57% of teachers admit to having stereotyped their students, pushing them into the gender roles they created. Boys are hardened from a young age- taught they don’t care about emotion, they care about being the strongest seven year old on the playground. The only thing this does is pressure them to squash their feelings in favor of excessive machismo.

It’s easy to push aside the comments, laugh it off. Who cares if teachers are shaping the inheritors of our society, it’s just a joke right? We smile nervously, because we don’t know if it’s okay to feel offended. Or maybe it’s 7:30 in the morning and we don’t feel like getting into this before our coffee has kicked in. But it shouldn’t be on the students to have to call out their teachers on their sexist comments. Teachers need to recognize the consequences of their actions and make a change.

More often than not, students and teachers don’t recognize their little comments as sexist. Both parties have grown used to them in their everyday lives. This is the root of the problem as people have accepted it as the norm. If teachers and students become aware of the problem, we will see the beginnings of necessary change.

Sometimes, they aren’t even comments, they’re actions. Research shows that teachers often look to boys more often than girls when asking a question. This subtle, but significant quick glance leads girls to believe their answers are less valued than those of their male peers.

Elementary school, middle school, high school- it never stops. When will we stop laughing at it? When will we stop ignoring it? When will we take a stand against it? The culture of our classrooms is not subject to change without action. A continuity in the discrimination and sexism by teachers will ultimately force the next generation to accept those ideals as their own, creating a society still driven by division.